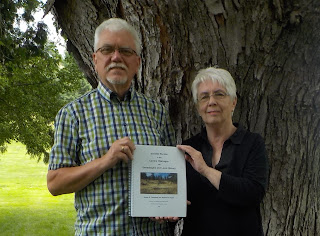 
The lives of several pioneers who died before cemeteries were established as well as more recent burials are documented in this book. Biographies and genealogies provide this background information. Photographs and documents from private family collections and archives enhance the stories chronicled in this book.


This book is one of a series of books published as a part of the KDGS Cemetery Recording Committee project.


On June 14, 2017, the British Columbia Genealogical Society (BCGS) announced at its annual book award meeting that Isolated Burials was chosen as the second place winner among the many books submitted.


Isolated Burials was also short-listed for the annual British Columbia Historical Federation (BCHF) book award. Along with the other finalists, this book was highlighted with a photograph of the cover and a précis of the contents for those in attendance at this significant event. Isolated Burials generated much interest among the authors and historians, amateur and professional, who attended this May 27, 2017 awards ceremony.


At this BCHF Annual Awards Ceremony, KDGS member Bob Hayes was honoured.  He received the 2016 Certificate of Recognition for “long service to the Okanagan Historical Society and in sharing and promoting Okanagan’s historical record through publications and special projects.”